Escape to the . . . slightly overcast.

So three weeks ago we were visiting my father in North Wales to sort out some of the care he receives and we thought, why not extend the time and head over to Anglesey for a few nights away in the van, it was after all the bank holiday weekend.

We travelled up on a glorious sunny day and having dealt with meetings and paperwork headed over to Anglesey, and a chip shop supper from Finney’s – fantastic!

By the next day that sun had gone, as is the way in Britain, and Wales especially, but we headed off to Melin Llynon Wales’s last working windmill. Of course the main reason for going was to get some ‘Monuts’ – we bought far too many, but not all were consumed on the same day. (You will have to head over to their page if you need to find out what a Monut is).

We had been here in 2019 just after the very talented Mr Richard Holt had taken over, and were eager to see what had changed, and how they had weathered the storm of the last two years. We had dressed up for the occasion as it was our wedding anniversary, and were subject to a few odd glances from other visitors, but the staff were excited to see us.

We wandered around the mill, chatted to Mr Holt and family who make time for everyone, visited the dark age roundhouses, and then explored the newest addition to the site – the safari.

We took a number of photos which will make their way to a ‘Lord and Lady Pierce-Humphreys travels‘ section of the blog shortly. It was exciting to see so many adults getting involved with the safari as well as the children, everyone on the lookout to spot the animals. So after our escape to the wilds we returned to the mill for a Monut and some milkshakes.

Fortified for our trip out into the real world we then headed of to walk in the great outdoors and to visit ancient sites, as is our normal modus operandi.

We visited South Stack and the nearby hut circles before heading back to Trefignath burial chamber.

And then it started to drizzle, and slowly turn to rain, so back to the campsite for a van tea, followed by – Monuts.

After a nice sleep in the van, breakfast – we might have had ‘Monuts’! Outside the van it was of course raining fairly heavily, and so it was decided it would be a day to visit a National Trust property – Plas Newydd. Finally rain stopped and so off to the beach for a walk.

Another van tea, (followed by more Monuts!) and then some sleep.

Time to return home from our brief escape, ‘out of Monuts’, so a quick return to the mill to get some to take back for friends, and maybe for us! Of course the sun came out for the journey back, and upon returning home we were greeted by a look of ‘where have you been’, and a, ‘where are the cat Monuts then’?

Sometimes what you need to refresh the batteries is just a little escape from the ‘normality’ that is the new everyday life.

P.S. now attempting to work off and escape from excess Monut consumption. 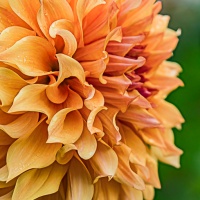 Give us the cat drugs, aka Dreamies.
Cat on a laptop bag.